Is Nail Glue the Same as Super Glue? 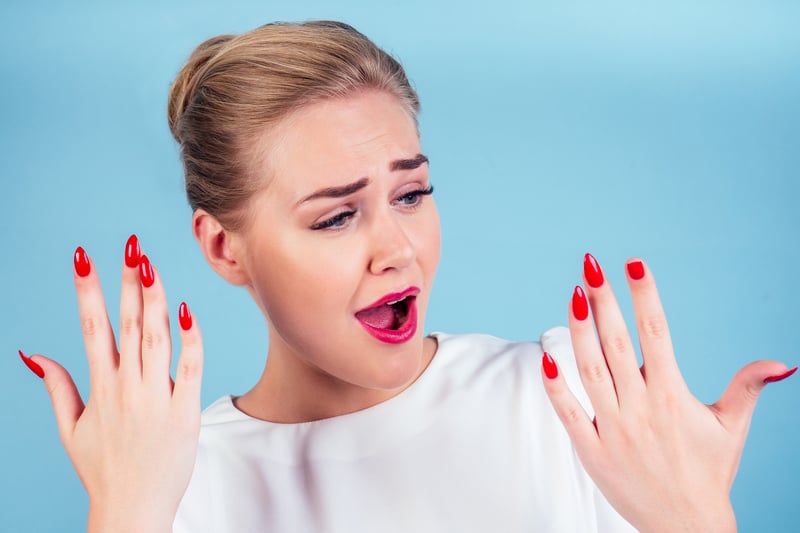 A beautiful manicure and shapely nails can elevate any look, but frequenting the nail salon every few weeks can get ridiculously expensive. Many style-forward individuals who want the look of perfectly shaped nails turn to at-home DIY options like press-on nails. Press-on acrylic nails can be a beautiful and affordable option and can last a few weeks, as long as you use high-quality nail glue.

It may seem like a daunting task to purchase all of the supplies for your at-home manicure, leaving you questioning whether you can skip the nail glue and use super glue instead. Have you ever found yourself wondering, is nail glue the same as super glue? If this sounds like you, read on for our tips and tricks on finding the best glue methods for your at-home manicure.

Can you use super glue on your nails?

The short answer is that superglue may allow your fake nails to adhere, but it is going to be terrible for your natural nails underneath. While it may seem like an easy answer to find some superglue in the craft cupboard and use it to make your press-on nails last for longer, it can lead to extreme nail damage. Infections and even nail loss are possible outcomes if you choose to use superglue instead of a high-quality nail glue.

Even though it might seem tempting, do not use super glue on your nails. While it is technically possible, superglue is not graded as safe for use on the human body. There are plenty of people who have lost their entire real nails from making the mistake of using superglue instead of glue specifically for use on the fingernails.

Despite many arguing that it’s safe to use superglue for almost anything, and the claims that it is a universal fix-all – it should definitely not be used on nails. Even if you are able to save your nails, you will likely have to soak your fingers in a strong solvent that contains all kinds of toxins in order to eventually get it off.

How is nail glue different from super glue?

While it may be true that superglue and nail glue are made from a lot of the same ingredients, they have different grades and different strengths. Nail glue was developed and graded for safe use on the human body and specifically for nails. It is designed to be used on surfaces that are porous – meaning that they absorb things – like the skin and nails on your body.

Superglue, on the other hand, is not designed for porous surfaces. It also traps water which can cause fungi and bacterial growth. Superglue was developed to be used for industry – for materials like metal, plastic, and wood. It was never intended to be used on the human body.

Additionally, superglue has a higher concentration of toxic chemicals and a strong smell that can be really overwhelming for some people. Inhaling superglue fumes can cause brain damage if you do it too much. Anything that has strong enough chemicals to cause brain damage is probably not something you want to put on the porous surfaces of your body where they can be absorbed into your bloodstream, don’t you think?

Nail glue, on the other hand, was developed and graded as safe to use on the human body. It’s still super strong, but you can use it without worrying about harming your natural nails or overexposing yourself to toxic chemicals. Because it was developed for use on the human body, it is more aligned with medical glue used by doctors than it is to superglue. Medical glue is the kind that doctors would use to give stitches.

Some superglues are so extreme that they don’t allow liquid and moisture in or out. With these types of superglues, even strong solvents might not work for dissolving the glue – and in that case, you will likely end up in the emergency room having your fake nails removed, along with the natural nail underneath. It can be an extremely painful procedure that involves months of recovery.

What can you use to hold a nail in an emergency?

If you find yourself in a situation where you need to hold your nail in place until you’re able to purchase some safe nail glue, still don’t turn to superglue. There are plenty of other safe and effective options to hold your nail on in an emergency. These options aren’t going to last as long as nail glue, but they will definitely save you until you can order some, or make it to the nearest pharmacy or beauty supply store.

One option that you probably already have around the house is double-sided tape. Double-sided tape or fashion tape will both be gentle enough for your skin and nails, while also holding the nail on safely. Simply clean your nail and wash your hands then try them well. Cut the tape so that it fits as closely to the shape of your nail as possible and then press the tape to the fake nail. Avoid folds or bubbles in the tape. Once it is applied you can simply pull away from the backing of the tape and stick it to your nail. When you’re ready to take it off and replace it with nail glue, just peel it off!

Having some nail tabs on hand is a good idea when you’re wearing fake nails. Nail tabs often come with the package of fake nails when you buy them at the store or order them online. Nail glue is definitely going to work better, but it’s a good idea to hold onto the nail tabs and stick them in your purse or cosmetics bag so that if a nail pops off, you have a quick and easy fix on hand. You’d use them pretty much the same way you would double-sided tape, but check the instructions on the package just in case.

Another option that you almost certainly have lying around is nail polish! Nail polish won’t hold the fake nail on for very long, but it will do in an emergency until you can get your hands on some nail glue. To use this method, turn your fake nail over to the part that would attach to your natural nail. Apply a thick gooey layer of polish to the back of the nail. It should be thick, but not so thick that it gets all over your finger when you press it on. Let the glue dry to the point of a tacky texture and then press it upon your natural nail and hold for about a minute. Afterward, let the nail polish dry fully, and don’t move your nail too much. They can be easily removed with nail polish remover.

One final option that will hold your nail in place is to simply wrap it with a band-aid. While this isn’t a very cute option aesthetically, it will certainly give you enough time to get the nail fixed for real and will be safe for your skin and natural nails.

If you’re looking for a high-quality nail glue that will keep your fake nails in place while still being safe and effective for your skin, Superstrong Nailbond by NYK1 is a great option. It looks like a tube of nail polish and comes with a fine brush for precision when applying your nails.

It is a salon-quality adhesive, which means it will be strong and long-lasting for a reliable application that will stand up against everyday life. With the added benefit of being quick-drying, this nail glue is one of the best you can buy. With over 20,000 five-star reviews on Amazon, it’s clear that this nail glue is a winner. Reviewers mention that it is incredibly strong, and one of the most long-lasting nail glues they’ve ever used.

If you’re looking for a glue that will last and last without damaging your natural nails, this is a great pick. Whatever glue you decide on, just make sure it isn’t superglue!